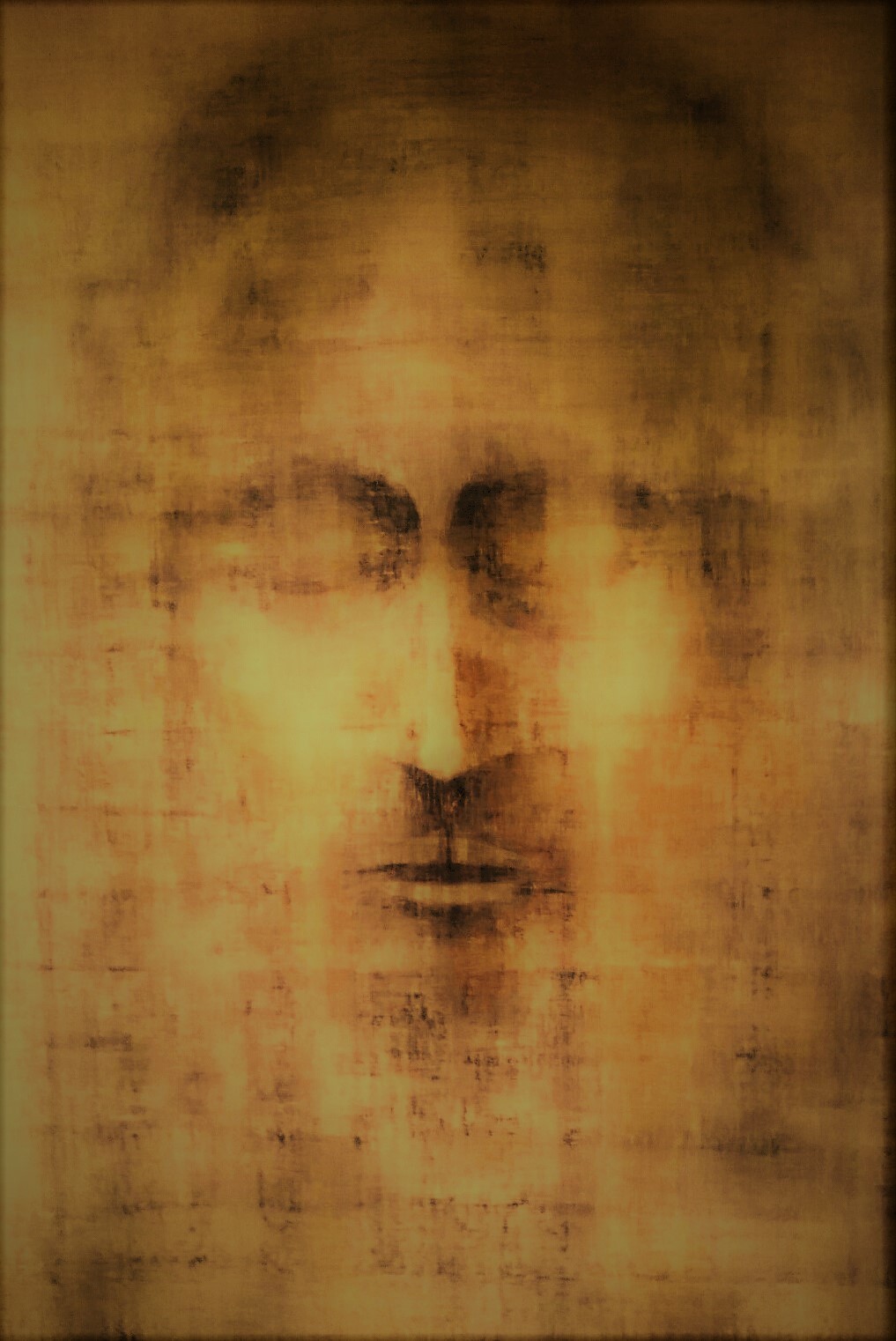 The world of Social Media, offering a network of interconnected strangers, individuals and those collected in groups, is a very good testing ground on which to try out new images.  There are many religious groups on Facebook and it has been interesting to seek to connect with the Christian groups with the aim of learning if they might approve or welcome a new image of the Face of Christ.

A question arises in relation to how to introduce the image. Should it be the artist declaring a new discovery or should it be just one more image in a long line of images? Should the artist say: ‘Behold – a new face of Christ!’, or ‘Please Share this image’….?

I chose to try to be understated and to simply say ‘just a face..’……in an effort to be some degrees removed from the image posting in terms of attaching any sense of a new discovery or the imposition of personality. In some cases, this approach provoked slightly angry responses around how the Face of Christ could never be considered to be just a face ….and minor debates ensued….

However, generally, the responses have been, overall, very positive. Herewith, below, a snip from Facebook, showing 1,000 Likes that arrived over the course of 24 hours.. There is a drift….

It seems, based on Facebook, that there is an offshoot appetite for a more Contemplative Christianity, one that incorporates elements of Eastern Zen, and it may require new images to help with that journey. So, I’ve created new images that might be useful in that context, at least insofar as the Face image remains non-definitive and with the eyes closed.

It may be an interesting creative proposition to combine the changing images with music, especially as the colours animate digitally, transforming when moving from one colour setting to another. The real project may be to set the transitions to some choral chanting such as Hildegard Von Bingen music, starting off from a black page and moving through a sequence of images.

The latest concept is to try and clash other nuances and feelings to co-exist with the image of The Face. The example below is to quote the seeming hopelessness of Job with the quiet resolve of the Face image, the assurance offered by faith is set beside the fear and hopelessness of Job.

The choice of colour can have a profound effect upon the visual reading of the image. This is borne out by the different reactions that have arrived on Facebook according to which colour of image is posted.  The next image will be purple, a mysterious colour that holds a resonance that has been manifest through the ages in its favour from monarchs and the Church.  Herewith some variations….. and a leaning toward a faded purple, perhaps, a sense of faded glory….

And why would that be..?  Is it that there is a sense of fatigue around the Church, a loss of voice, loss of authority? Is the Christian church, in all its great history, perhaps living on its former glories?

The latest set of images incorporates a banner at bottom that bears the translation into English of the Latin Phrase ‘ faciem tuam, Domine requiram’  (your face, O lord, will I seek). This is a quote from Psalm 27.8. The full text is:

You have said, “Seek my face.”
My heart says to you,
“Your face, Lord, do I seek.”
The image with the inscription was posted on Facebook and it has attracted a good degree of attention.

The idea of making a poster-like image that contains a written message is a popular concept that seems to arrive with frequent regularity on sites like Facebook….and the image is often animated.

I have decided to try an image with a message.  Without animation, at this point. 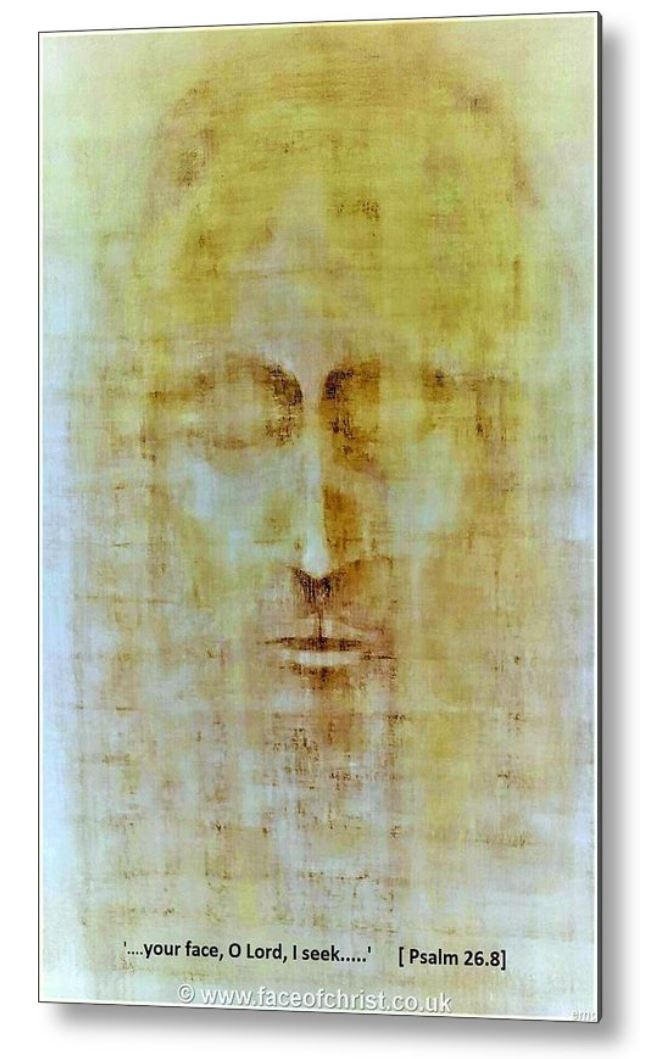 When an image attracts over 1,000 Likes from just one group on Facebook, and 3,000 Likes across a number of Christian groups, it may be assumed that there is some degree of popularity attaching to it. But this may not be the case.

The next set of images to be posted will progress through Gold, Green, Black, Pink, Sepia, Mauve, Yellow…. and more results from these posts can be expected to inform regarding the language of colour. 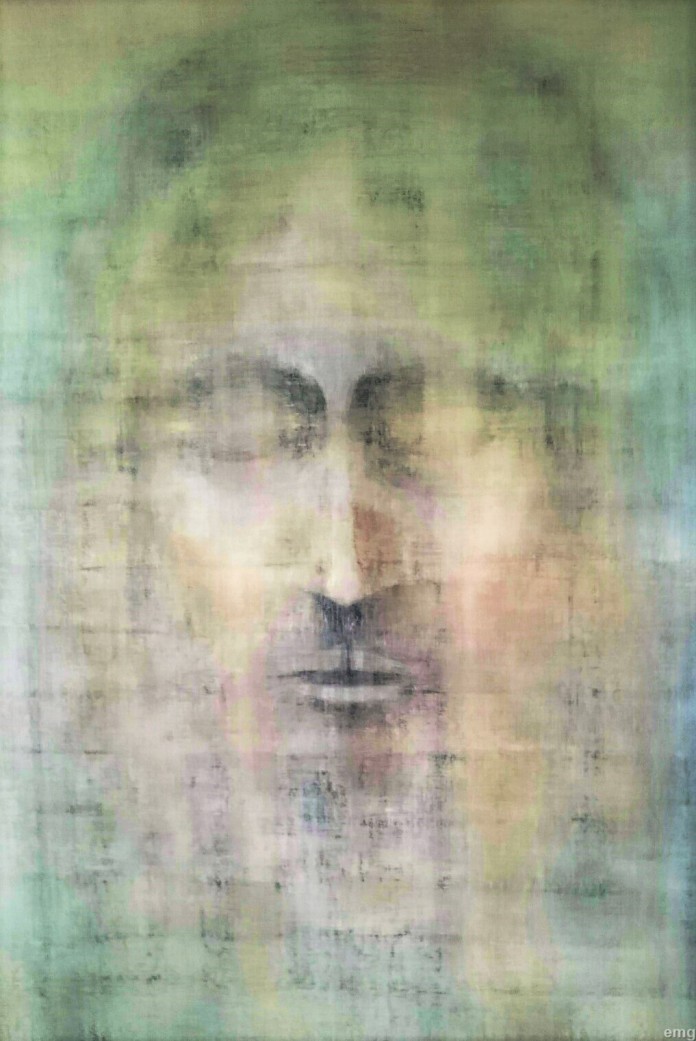 An allegory (regarding whether an image of The Face is required), published in Contemplative Light, Christian Mysticism for a 21st Century:
https://www.contemplativelight.com/contemplative-light-weekly/
Standard

I am an artist, whatever that means, I produce images, art galleries display and sell them and the images travel like orphaned children to become a part of a new home.

In April 2011, I began a project to build upon a painting process that I had developed as a foundation for abstract painting. The foundation, composed of layers of oil paint, applied thickly, and combed in alternating directions, delivered a texture that resembled a fabric and, with uneven patches and pitted areas, it facilitated the creation of a torn fabric or a corroded surface.  I had used this foundation for many abstract paintings that had attracted a decent audience. But there is always a feeling around abstract art that the artist is asking too much of the viewer without providing enough clues as to the intention of the abstraction. 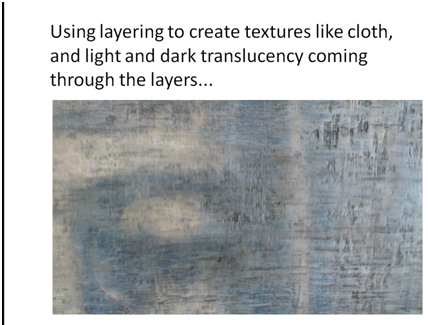 Ultimately, the surfaces looked like a curtain or a veil and this provoked the consideration of what might be seen through this veil. In terms of construction, this would require laying down a representative image during the layering and combing stages of painting, an image that would lie beneath the layers. This would involve a move away from abstraction. A rather obvious choice was to show a face. And then the consideration was to be ‘What face?’.  It was at that stage that I began to look at the various Veronicas, images of the Face of Christ on veils, and, of course, the highly resonant notion of a shroud.

Here are some of the images: 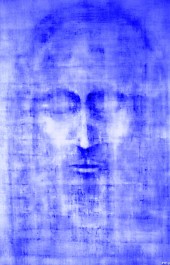 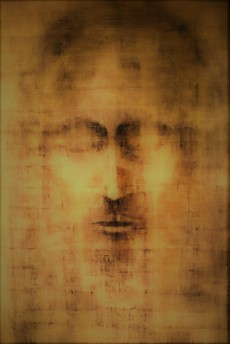 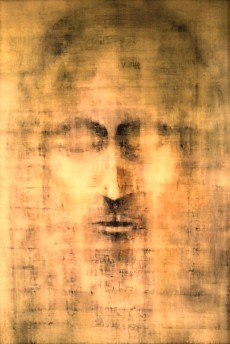 Standard
jonminister
Create a free website or blog at WordPress.com.